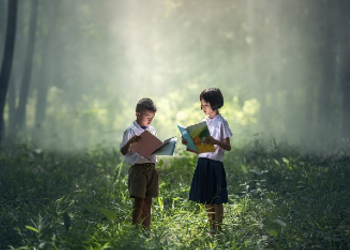 Could Labour really abolish private schools? That’s the big question after the party’s conference voted to “integrate” private schools into the state sector.

The plan would see the assets of private schools “redistributed”.

Universities would have a quota imposed of admitting no more than 7% of their students from private schools, so their numbers were in keeping with their proportion in the overall school population.

And private schools would lose their charitable status and tax exemptions.

Public ownership
If Labour swept to power, it would have a mandate for what would be the most radical education policy for generations – a form of phased nationalisation, pushing private schools unwillingly towards public ownership.

Within hours of its announcement, the Headmasters’ and Headmistresses’ Conference, representing a group of private schools, warned the policy would be “tested in the courts for years to come”.

The private schools could be expected to challenge its legitimacy and ask why they were being singled out for such confiscations of private property and why other forms of non-state education – whether it’s nurseries, private tutors, universities or driving schools for that matter – were not.

There are also particular questions about private schools for special needs pupils, which might also take pupils funded by local authorities.

Parental rights
Ownership of private schools can have very old and complicated roots, with a mix of trusts, charities, foundations, religious groups and businesses, both UK based and international.

And any or indeed all of them may wish to legally challenge a government taking away their possessions.

The Independent Schools Council has even suggested it could breach human rights legislation – could you stop parents from exercising the right to pay for the education of their choice?

The complexities could make building HS2 look like adding a stop to a branch line.

As a minor precedent, in 2006 the Charity Commission introduced new rules on charitable status that the independent schools did not like – and the long-running legal battle continued until the courts finally ruled, in favour of the private schools, in 2011.

Would a new government, with ambitions to improve state education, really want to expend so much political energy in legalistic mud-wrestling with the private schools?

There are parallels with the Conservatives’ fixation with grammar schools.

When an attempt was made by Theresa May to start reopening grammars, it swamped all other efforts in their education policy and ultimately fizzled out, its popularity with the Tory party faithful failing to ignite much public interest.

Extra cost?
There have also been questions about the cost.

Geoff Barton, leader of the ASCL head teachers’ union, warned the state sector would struggle to take on so many new pupils.

It would “shift billions of pounds of additional cost on to the taxpayer and would cause massive disruption to students and staff”, he said.

It would mean almost another 600,000 pupils entering the state system – more than the school population of Wales.

And with average per pupil spending at about £6,000 per year, that would add around £3.6bn to the annual cost of running the school system.

But it would not be impossible. The population surge has seen an even bigger growth in state school pupil numbers in recent years, with an extra 700,000 accommodated in the past decade.

University quota
Some universities would be deeply unhappy at an admissions quota for private pupils.

Speaking privately, they are already casting doubt on its workability – and how it might breach their autonomy and academic independence.

There could also be squabbles about the proportions of pupils in private schools – which are much higher than 7% by sixth-form.

But again it’s not beyond the bounds of possibility, because there are already targets over university admissions from the new regulator, the Office for Students.

Vote winner?
With an election possibly not far over the horizon, another big question is whether abolishing private schools would be a vote winner.

According to a snap poll from YouGov, it doesn’t seem immediately popular – with 50% opposed, 22% supporting and 28% don’t know.

But Labour will hope to persuade people – with the policy providing a symbolic target that puts the party on the side of the many rather than the few.

It has “authenticity” and unambiguously identifies Labour with policies offering a big kick to institutions such as Oxbridge and the private schools rather than a gentle nudge.

The language of “redistribution” is almost self-consciously revolutionary.

And the phrasing of the motion echoes Labour’s radical manifesto from 1983, which promised to end charitable status and “integrate private schools within the local authority”.

But it’s also worth noting that this manifesto, under Labour leader Michael Foot, has been described as the “longest suicide note in history”.

In a contrary way, the new policy could also energise confirmed Conservatives, who will vehemently oppose the attack on independent schools and relish such clear evidence of how far left Labour has travelled.

But what about everyone else in the middle?

The move against private schools will tap into public unease about the freezing of social mobility and the gaping gaps in inequality.

It jars when a few people seem to be so highly paid while others struggle – and when that seems to be passed on to the next generation through private education, it becomes even more toxic.

The social-mobility charity the Sutton Trust has shown how modern Britain still has a very ancient problem, with wealthy, privately educated families keeping hold of the top jobs.

For instance, if this ever went to court, almost two-thirds of senior judges are the products of private schools.

Student politics or bold measure?
Although “private schools” is used as a shorthand for bastions such as Eton and Harrow – in practice, many independent schools are small, local places, often with pretty threadbare finances.

Would there be much public support for seeing these smaller institutions, often with deep local roots, being shut down?

There is also the question of the image it creates for a party about to go into battle for a possible general election.

Is this the type of mainstream issue that will make a party look like a reasonable, trustworthy, credible government in waiting?

The Labour Party once worked long and hard to look professional and electable – and threatening to seize private property in the weeks before a possible election risks looking like student politics.

But there is some built-in room for interpretation in the policy approved by Labour.

For instance, if private schools are integrated into the state sector and their property redistributed, then their tax breaks and university admissions become irrelevant – because they won’t exist.

What seems more likely, if less radical, is that the policy will focus on taking away charitable status and tax benefits from private schools.

Speaking to BBC News on Monday, shadow chancellor John McDonnell played down the idea of seizing assets or what he called “draconian measures”.

“Everything will be done on the basis of consultation – and often this isn’t about seizing property, it’s about having access to services and facilities,” he said.