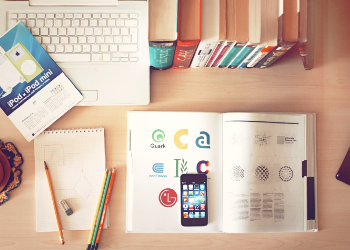 Jameis Winston could have made more money elsewhere, but his decision to sign with the Saints was inspired by more than just dollars and cents.

Winston officially signed a one-year deal with New Orleans on Tuesday, thus making him Drew Brees’ backup, along with Swiss army knife Taysom Hill. Winston, after making more than $20 million in 2019, his final year with the Buccaneers, signed for a base value of just $1.1 million. The contract has a max value of $4.7 million, according to NFL.com, but either way, Winston will make a far cry from his salary a season ago.

Prior to the deal becoming official, NFL network’s Ian Rapoport reported that Winston turned down a more financially enticing deal.

Rather than prioritize money now, Winston went with the option that could best improve his long-term outlook in the NFL after throwing 30 interceptions a season ago. He saw the Saints’ offer the same way a high school graduate might look at an acceptance letter from an Ivy League school.

“Being a part of the New Orleans Saints, being a part with Drew Brees, Taysom Hill, Sean Payton, coach Joe Lombardi, coach Pete Carmichael – when you think about that room, that’s like a Harvard education in quarterback school,” Winston said in an Instagram Live video. “I wanted to put my ego aside, put the money [aside], think about my family, think about my career. [There] was no better position than to be in the same room with someone that I’ve really looked up to, someone that I’ve admired since I’ve been playing this game in Drew Brees.”

The expectation is that Winston will be Brees’ backup in 2020, though the versatile Hill figures to get his fair share of snaps under center. If all goes well for the Saints, Winston won’t see the field all that much behind a healthy Brees. Of course, that’s not how things shook out last year when Teddy Bridgewater filled in for the injured future Hall of Famer. Bridgewater went 5-0 as a starter and went on to sign a three-year, $63 million contract with the Panthers this offseason.

While there may not be an immediate starting opportunity for Winston in New Orleans, there could be one not too far off into the future. Brees, 41, signed a new two-year deal with the Saints this offseason, though it would not be a surprise to see him cut that deal in half if New Orleans were to win the Super Bowl this season. Either way, No. 9 is in the twilight stage of his career, which means that top spot among the Saints’ QB depth chart will open up sooner or later.

With an investment in his education, a refined Winston could be the one to fill it. If not, a year of learning behind one of the best could still lead to a big payday elsewhere, just like it did for Bridgewater.