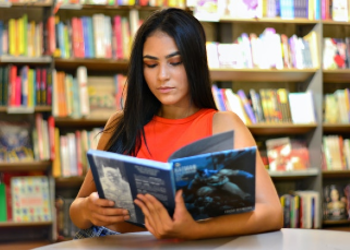 More than £28m of overpayments on student loans in England are being held by the government, researchers have discovered.

It is the result of cases in which repayments continued to be taken even though loans had been paid off in full.

The Student Loans Company says it has tried to contact people who have been overcharged to arrange refunds.

The Department for Education says data sharing has recently been improved to prevent such overpayments.

The scale of overpayments sitting unclaimed has been revealed by Research Professional News, a publication for higher education.

They relate to money borrowed to cover tuition fees and living costs – with repayments deducted from graduates’ salaries each month.

Lost contact
Payments should stop when the debt has been cleared – but the research shows that for more than 510,000 students between 2009-10 and 2017-18, deductions continued after the loan was paid off.

Freedom of Information requests showed almost £308m in over-payments, averaging about £600 per person.

Most of this was paid back – but £28.5m remains unclaimed and has stayed in the government’s coffers.

The Students Loan Company (SLC) says it has tried to “proactively contact all customers that have over-repaid”.

But it says contact details might be out of date and refunds will depend on these former students getting in touch.

“We want all customers to repay the right amount and not to over-repay,” an SLC spokesman said.

Your stories about loan repayments:
Rik from London said: “The whole system is convoluted and archaic. I overpaid by about £1,300 and it could have been more.

“If it wasn’t for me being pro-active I’m not sure I would have been refunded.”

Rik, who had been an employee and then started his own business, said that last year he realised he was still making payments “even though I’d paid off the loan”.

He warned of the complications of dealing with the SLC and HMRC to untangle his overpayment.

“The system doesn’t make it easy, it’s convoluted. People don’t understand the system, they probably haven’t logged into their account since university.”

Paul from Derbyshire was concerned that the loan system depended too much on the borrower scrutinising their repayments.

“I’ve been paying off my student loan for 12 years and am one more pay cheque away from my final payment.

“It’s been clear to me that in order to ensure I don’t overpay I’ve had to constantly liaise with the Student Loans Company.

“I’ve been in contact with them every three months or so. This is largely to go through my payslips with them, to update the outstanding amount on their systems. I was going through every payment with them.

Claim a refund
Such overpayments should become less likely after changes introduced earlier this year, a Department for Education spokeswoman said.

This will allow weekly sharing of data between the SLC and Revenue & Customs, so that loan repayments and the clearing of balances can be updated more accurately.

In the past, such data sharing had been on an annual basis, which could mean a lag before the repayment system recognised the loan had been paid off.

“If a borrower believes there has been an over-repayment, they should contact the SLC to seek a refund,” the Department for Education spokeswoman added.

Information about getting a refund is published on the SLC’s website.